Williams Sensei has trained in the art of Aikido for more than 40 years and has dedicated his life to spreading the principle of mind and body coordination and positive mind. He has a vast knowledge of the aikido weapons and has travelled and trained with many renowned experts of jo and bokken. He is an inspiration to many students around Australia and throughout the world. His dynamic, expressive teaching style reflects his experience, humour and compassion.

Koretoshi Maruyama was born in Nihonbashi, Tokyo, on October 5, 1936. He graduated from the Economics Department of Keio University in March of 1956, after which he joined his father's business, Maruyama Manufacturing. He became interested in the martial arts from his Middle School years, and at his father's urging he took up Judo and earned a black belt. Again at his father's urging, in his first year of college, he entered the Rikidozan School of Professional Wrestling, and also trained in weight lifting and boxing, while continuing his training in Judo at the Kodokan.
In the spring of his third year of college, he began to develop doubts about the martial arts of judo, wrestling and boxing, which emphasized a mere contest of strength. At this point he entered the Aikikai, as well as the Keio University Aikido Club. It was here that he found in Aikido what he had been searching for all those years, a martial art which did not depend on strength, and taught the right attitude of mind. After he graduated from Keio University, he continued his training in Aikido, while working in the family business.
In 1967 he delegated his responsibilities in the family business so that he could become a full time professional Aikido instructor, under the tutelage of the founder of Aikido, Morihei Ueshiba, and dedicate himself to the martial art that taught the principles of mind and Ki.

In 1971 he went to Hawaii for 4 months, to teach Aikido on each of the islands. In 1972, he resigned from the Aikikai to become the Chief Instructor of the Ki no Kenkyukai, founded in September of 1971 by Koichi Tohei Sensei, who granted Maruyama Sensei the rank of 8th-dan..
In 1973 he became responsible for teaching in Hawaii, and for 10 years taught Ki Principles at the University of Hawaii in Hilo, as well as at Keio University Physical Education Research Department in Japan. From 1977 he studied with Haruchika Noguchi Sensei how to heal and help people with Ki and use Ki in daily life. At the same time, he also studied the psychology of Zen from the Zen Priest Shogen Munou, from whom he learned how to use the mind positively..
During this time, he also travelled extensively to Hawaii, many states in America, Australia, New Zealand, Singapore, the Philippines, Guam, United Kingdom, Italy and other parts of Europe, teaching Aikido and Ki Principles, and eventually becoming the President of Ki no Kenkyukai in 1990. However he began to have reservations about the direction and policies of the Ki Society, and resigned from this position on July 29, 1991. From this time he undertook a period of 10 years in a temple in Saitama Prefecture, intensively training in the philosophy and practice that 'You are fundamentally Mind.' He left the temple on October 9, 2001, during which time he had received permission from the temple priest to establish Aikido Yuishinkai on May 9, 1996, which he has continued to develop until the present day. 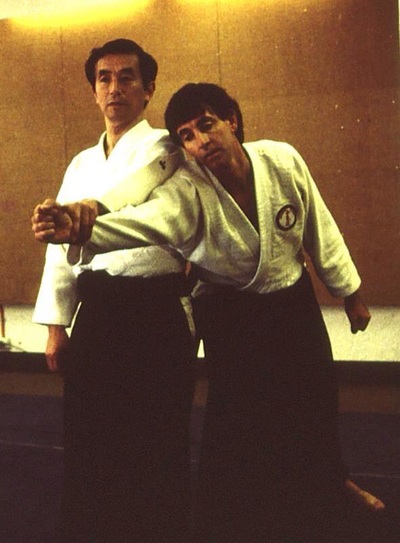 Koichi Tohei was born 1920 in Shitaya ward, presently Taitō, in Tokyo and graduated from the Economics Department of Keio University. As a boy he was sickly and frail, leading his father to recommend Tohei for judo studies. He trained hard and his body prospered, but soon after he began his pre-college studies at Keio University, he developed a case of pleurisy. This forced Tohei to take a year off.
Tohei was distressed at the thought of losing his newfound strength of body and his means of training it, so he decided to replace his judo studies with Zen meditation and misogi exercises, learned at the Ichikukai Dojo in Tokyo. As with his judo studies, Tohei entered the training of the mind with fervor and soon excelled despite his serious health issues. After his recovery from pleurisy, Tohei became convinced that it was his efforts in training his mind and cultivating his ki that had helped him to heal and recover. This stimulated his later development of Kiatsu, a system of treating physical illness by pressing with the fingers and extending the ki into the ill person’s body. Tohei describes this as "priming the pump" allowing the person to heal themselves. 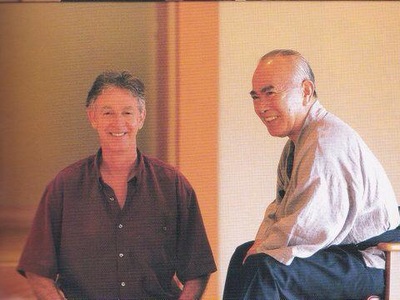 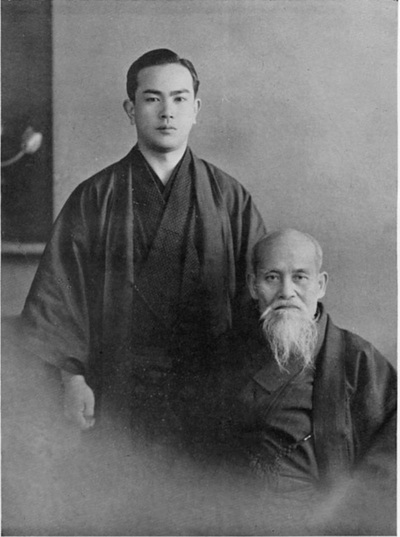 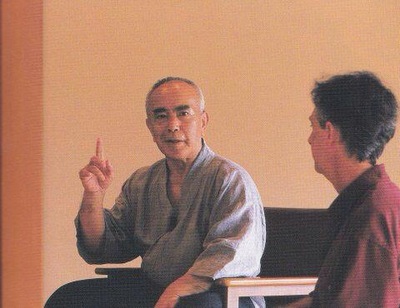 ​After recovering from pleurisy he returned to judo, but Tohei wanted more than just physical training and did not think that judo was the right art for him to practise, although he did continue studying judo until he started aikido.
In 1940, when he was 19, Tohei's judo instructor, Shohei Mori, recommended that Tohei meet with the founder of aikido, Morihei Ueshiba.
According to Tohei, when he first met with an aikido instructor and practised some techniques at the Ueshiba dojo, he had doubts about aikido and its value to him. That changed when Ueshiba entered the dojo and started to perform his techniques on the instructors. Tohei was still not entirely convinced until Ueshiba asked Tohei to step onto the mat and try to grab him. Tohei's attempts were unsuccessful, and after this personal demonstration by Ueshiba, Tohei asked to enroll on the spot. Tohei continued to train his mind as well as his body with meditation, misogi and aikido.
Tohei trained with Ueshiba for six months before being sent as a representative (dairi) to teach at the Shumei Okawa school and the military police academy. This was before Tohei was ranked as either dan or kyu. Ueshiba presented Tohei with the rank of 5th dan after Tohei had begun his military service. 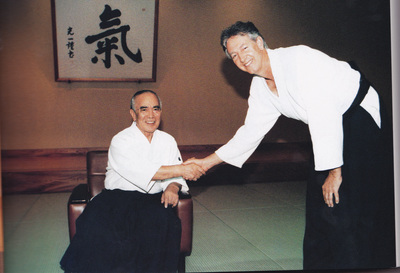